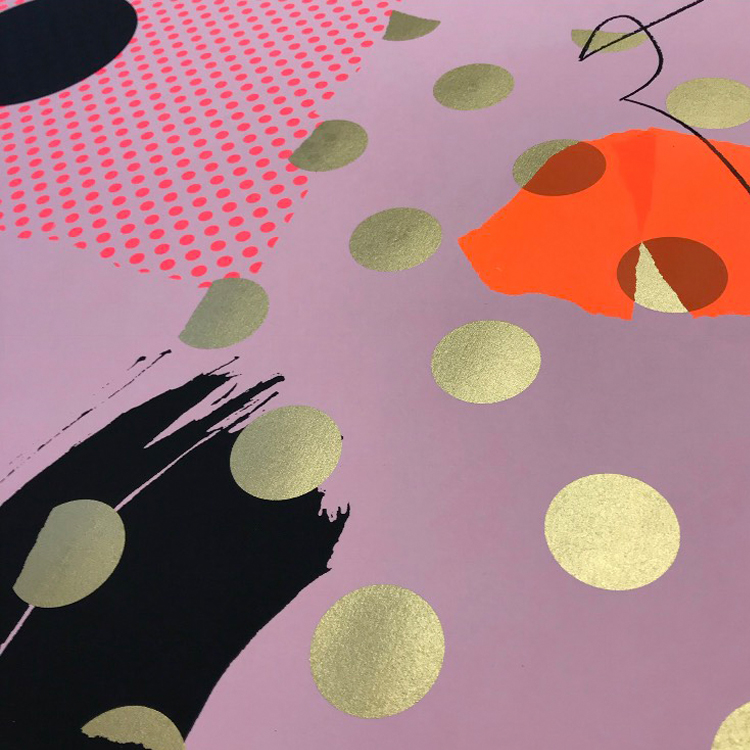 The element of chance is an important part of the print process, as the paper is moved and turned when printing to make his compositions. The hard line shapes are balanced against hand torn pieces, pencil lines and ink markings that are scanned and altered during the print process. His artwork has also taken on forms beyond print to window installations, paintings on buildings and to the farmyard, where he has painted on old disused farm machinery. In addition, O’Driscoll has exhibited his work nationally, internationally and in The National Print Museum of Ireland. 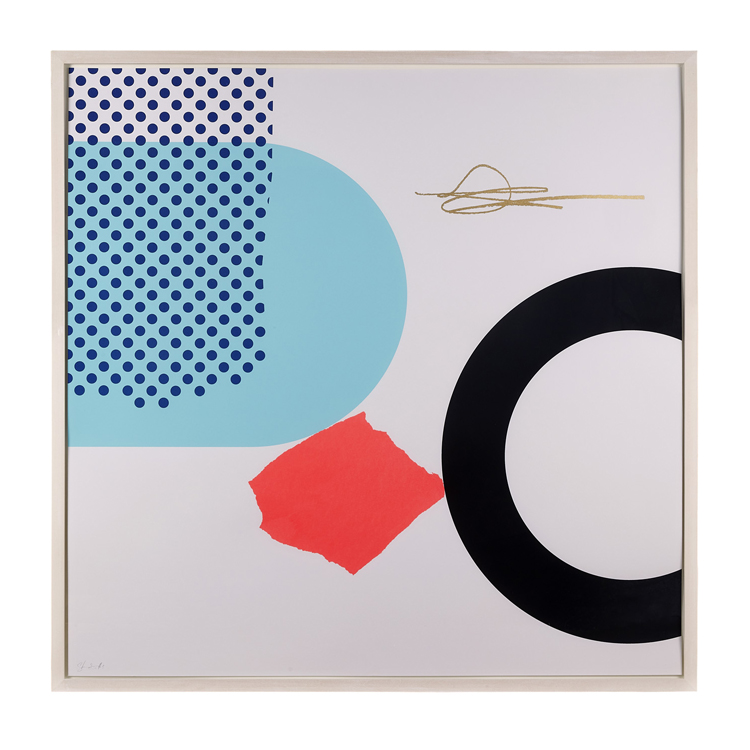 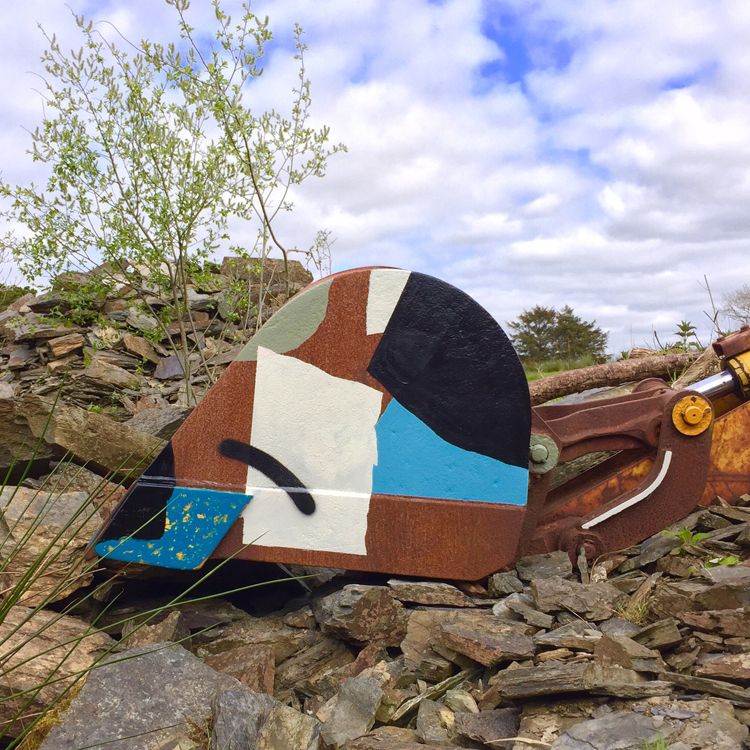